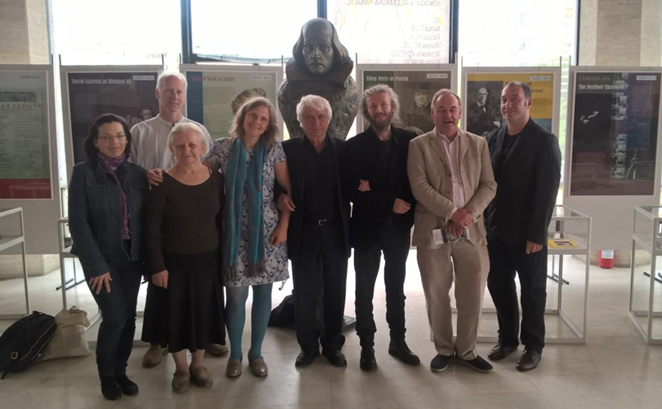 During the meeting following members were present: Emil Boroghina, Alexandru Boueranu, Philip Parr, Blagoj Micevski, Nikita Milivojevic, dr Rainer Wiertz, Joanna Śniezko,  Iolanda Manescu , Marianna Varga, Mircea Cornisteanu , Hakob Ghazanchyan We are happy to announce the new member of European Shakespeare Festivals Network: Bitola Shakespeare Festival from Macedonia represented by Blagoj Micevski. The new member was warmly welcome at the ESFN general anual meeting hosted by Festivalul International Shakespeare, Craiova.
The members of the association have underlined the comprehensive and various program of the ‚Bitola Shakespeare Festival’, the regional cooperation encouraged by the institution, as well as the interest shown by large companies from Europe and elsewhere to take part in this event.

Welcome to the Network ! 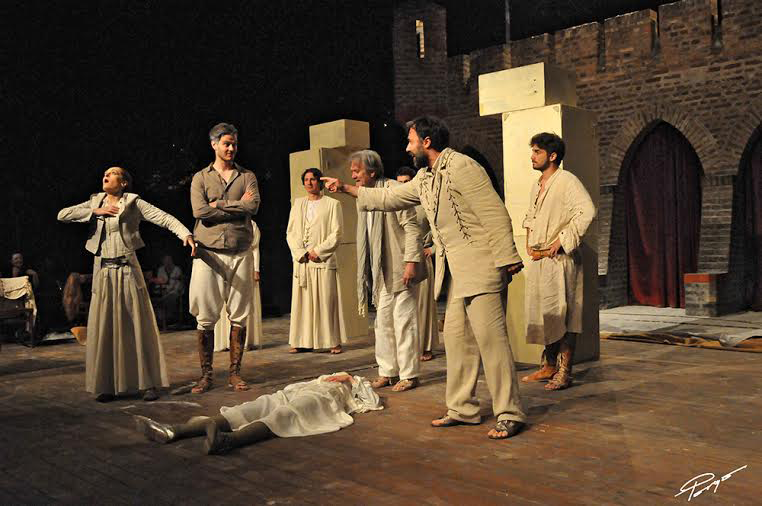 I consider Shakespeare’s last few plays exceptional (Cymbeline, Winter’s Tale, Pericles, Tempest). As if there was no real truth, rather than some fantastic stories bristling with incredible events, numerous twists and surprises other than the various inconsistencies and discrepancies with the events. There is plenty imagery in time and space thus functioning as a “fairy tale”.
Since I have the feeling that we live in a “fairy tale-like reality”, rather unreal reality where everything is possible, all at once I grew fond of these Shakespeare’s plays. Actually, that “incredibility of the events” holds a unique charm.
Pericles is among the most rarely performed texts by Shakespeare and this will be the first performance ever in the Serbian production. 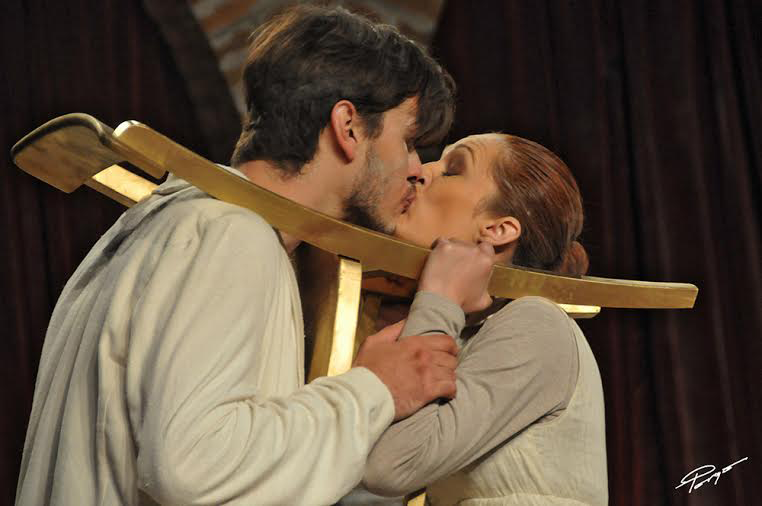 Comedy of Errors belongs to the earliest works of Shakespeare; its premiere performance was the 28th December 1594. It is also the shortest comedy, inspired by the Plautus’ Menaechmi, but Shakespeare enriched the plot, based on confusion and errors that appear due to the twins’ mistaken identity. One swift and almost farce comedy, the most performed and translated in numerous languages – many different adaptations have been made, such as musicals, operas, films.
Guideline of our play is the Shakespeare text and the period it was written in. Thus, the scenography, the costumes, the music, the way of speaking, they are all “Shakespearean” but knowing that the action takes place in Ephesus (the Mediterranean city located in Turkey) there would naturally be many Turkish elements.
We cannot be indifferent about the situation and the happenings in our everyday lives, therefore our play will have many contemporary references.
Above all, this is one playful and positive comedy and we do hope that you will enjoy watching it as we were enjoying making it. 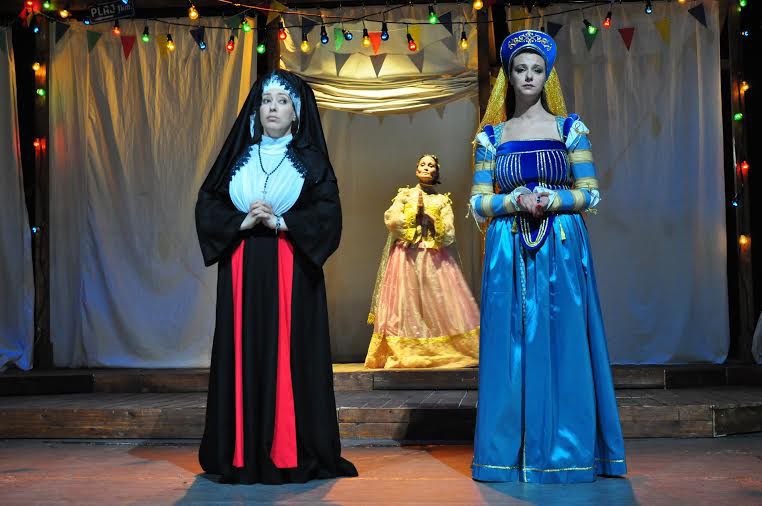 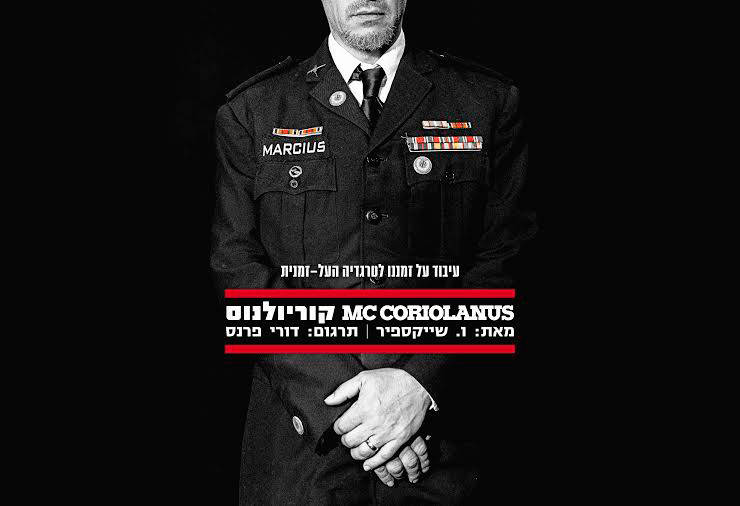 Coriolanus is the last tragic historical play that William Shakespeare wrote (approximately between the years of 1605-1608). The play is based on the life of the Roman general, Caius Marcius Coriolanus, in the beginning of Roman-Republic rule (510 BC).
Through the story of the Roman general, Coriolanus, and through the story of two nations at war, we encounter a society that reveres war and honour, and defiles integrity and its leaders. This is the story of history’s first democratic republic: A journey towards history in the making, which we are an inseparable part of. The role of heroes and generals, of borders and their infiltration. Rome is here and all paths lead to it.
The play that the poet T.S Eliot defined as the peak of Shakespeare’s creations, was performed only once in Israel – 40 years ago. I, as a director, find this fact to be surprising, seeing as this play reflects on our political and social reality so accurately.
Coriolanus is a play that deconstructs the common governmental rule to question marks, exclamation points and mainly ellipses.
Brecht, Gunter Grass, T.S Eliot, Beethoven. This is a partial list of creators whom became restless by this play, and felt urged to recreate, dismantle, pick a side and give it music. 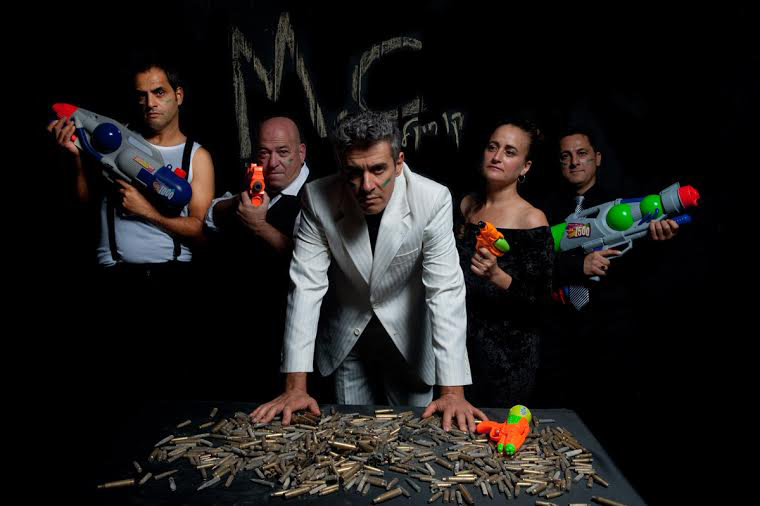 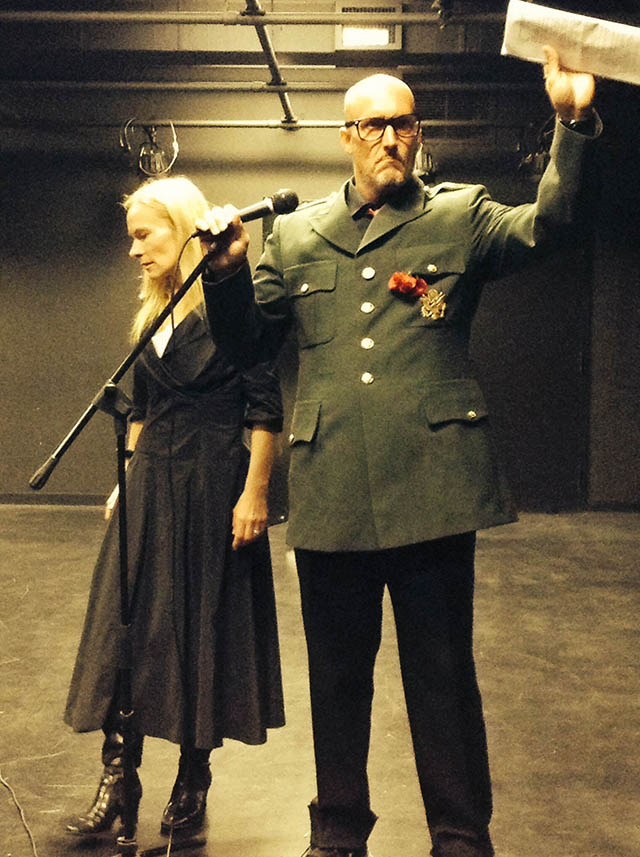 Shakespeare wrote Julius Caesar in 1599.  It is but one remarkable play, written in an absolutely remarkable year, which was to also include Henry V, Hamlet, and As You Like It.  Astonishing.
The performance is conceived – at least partially – to precede and complement the 2015 Bitola National Theatre staging of Antony and Cleopatra.  It precedes that story chronologically, and continues some of the aesthetic experimentation employed in that performance.
Julius Caesar is particularly appropriate to stage today, when questions of succession are hot, when new strains of populism grip the world, and when the effects of regime change can be seen every time we flip on a television, or – played in Bitola – look out the window.
Lit Moon focuses on the personal nature of the story, as a tragedy between friends.  The actions, and their effects, hurtle the world toward chaos, and seismic, cataclysmic change.  Beware the Ides of March.  And watch your back. 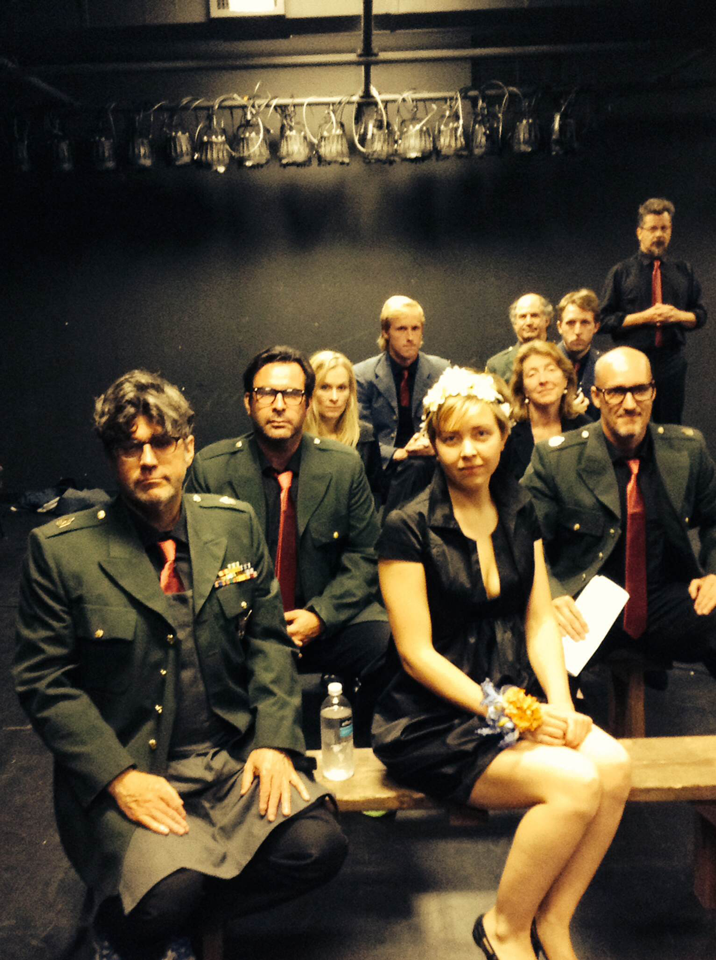 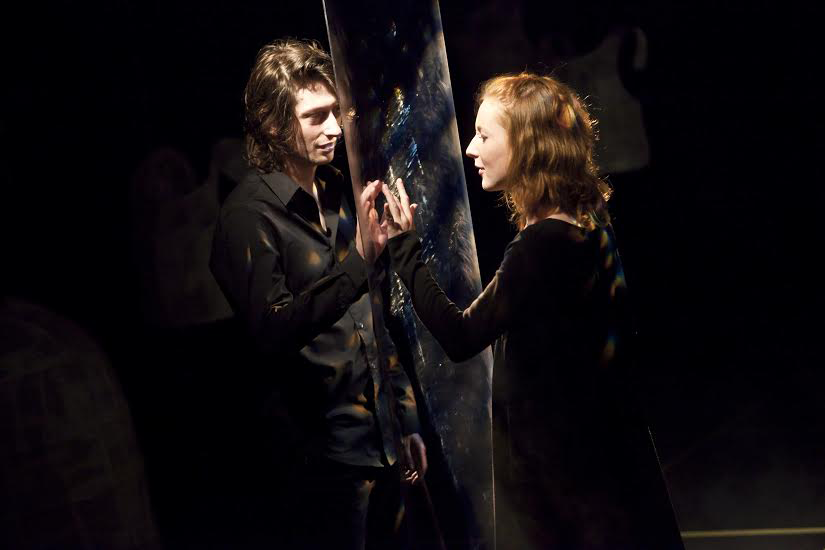 “Two households, both alike in dignity,
In fair Verona, where we lay our scene,
From ancient grudge break to new mutiny,
Where civil blood makes civil hands unclean…”

These are the first lines of the greatest love tragedy in our history. But you are wrong to think you will hear those lines in Rusłan Kudaszow’s performance. His performance tells this old love story between Romeo and Juliet in a completely new way. While only few words, names, hints are used in the play, there is more space for gestures, emotions, feelings, which become main characters of the performance. Love, hatred, friendship, nostalgia – these are the feelings that all characters possess and fight with, as we all do. 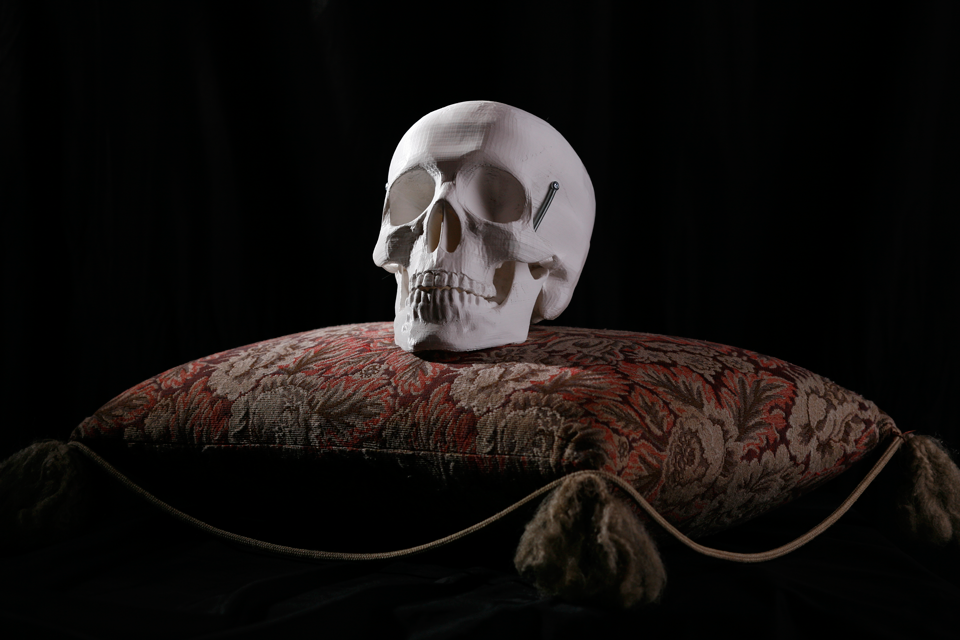 A drama written by well-known author has become a pretext to ponder upon a theme concerning manipulation, which turns out to be a cynical way to achieve goals, exert influences and gain power. It is a tragic picture of a fight depicting a degenerated, indifferent morality seized by a feeling of revenge towards naively treated justice. 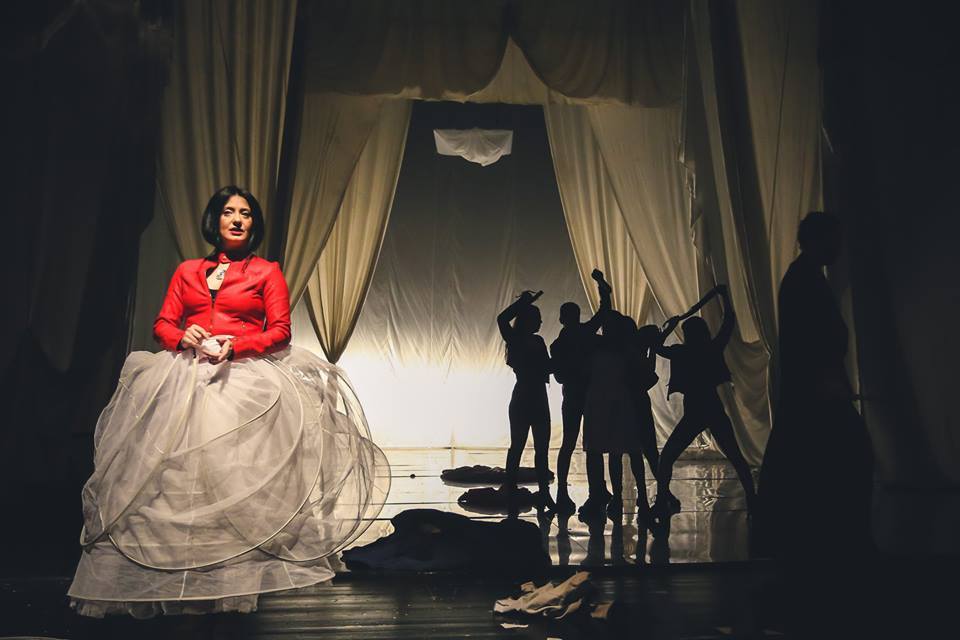 Shakespeare’s Sonnets are exquisitely brave, unconventional, lucid; Shakespeare plays with them, provokes, introspects himself and us – presenting us with one complex view of the life we can never distance ourselves from as well as from the reassessment of the crucial problems of the modern living.
Provoked by this dramatic potential of the Sonnets, the director Jovan Ristovski creates same extraordinary theatrical world with dramatic basis– material inspired by this very poetic works, extraordinary not only in sensibility, but in form, content and expression, as well.
The complexity and the openness for interpretation of the Sonnets is used by the young director Angelcho Ilievski for staging the complete play “Sonnets”, as his own dramatic text with dramatization based on only 30 sonnets by Shakespeare, including two poems by Christopher Marlow. Entities line up creating powerful visual compositions with distinctive communication among the actors.
An acting archive of emotions and abundance in comments with the argument “change” ceasing at the audience – for it is the eye where the reflection of the scene can be seen. 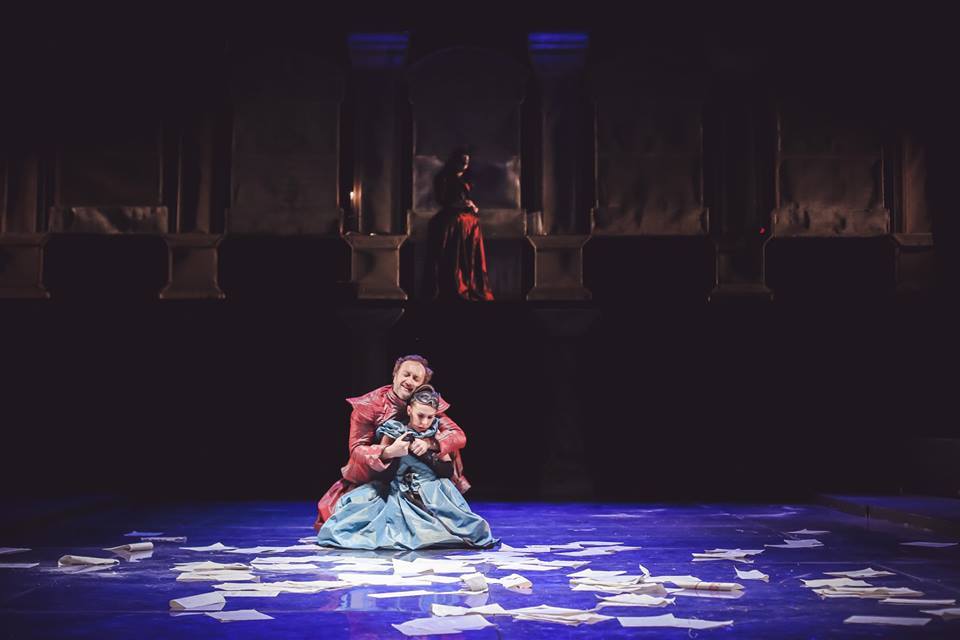 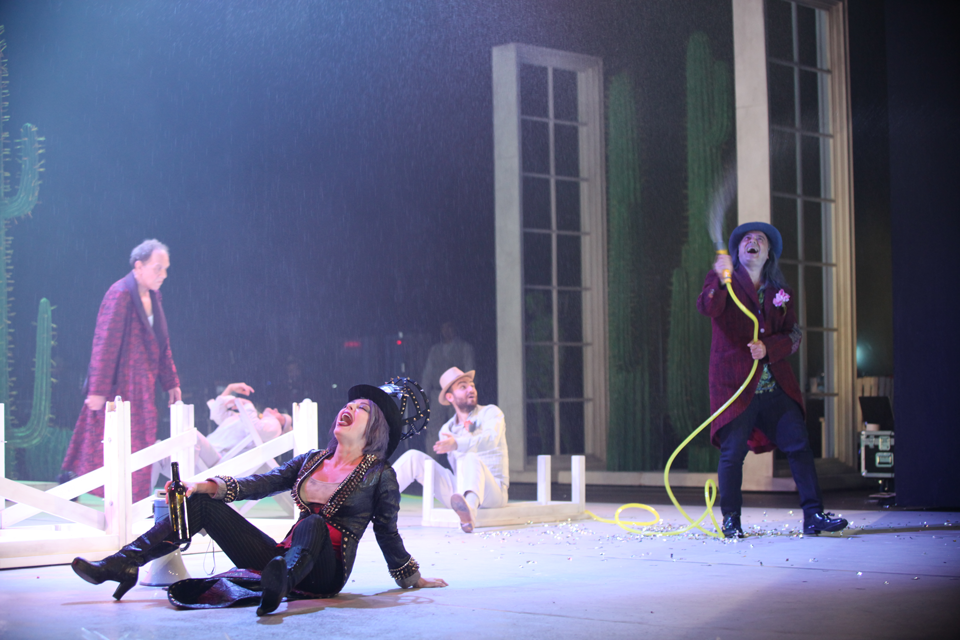 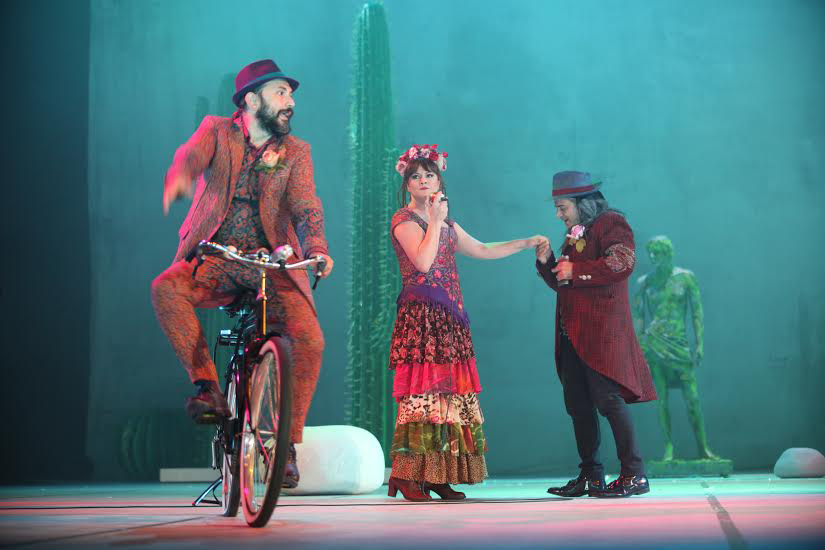