The first building of the theatre in Bitola was built by order of the vali of Bitola Abdul Kerim-pasha. It was being built for a long period of time, starting 1897 when the foundation was laid, up till 1906, in fact 1908/1909, when it was finally finished. The building was used for various performances, such as festivals, variety and circus shows and theatrical plays. The first professional theatre ensemble worked from 1910 to 1912, when the building was entirely destroyed by the fire. After that, the plays were performed at different locations in the city, most often in Grand Hotel. From 1913 to 1915, there was a City Theatre, a professional ensemble formed by ex travelling players who performed in Serbian language.

The activity of this ensemble was stopped by the warfare at Thessaloniki front (during 1915 the group relocates to Thessaloniki, then to Edessa). Fortunately, at that period, the most famous star was present, Sarah Bernhardt, visiting and entertaining the French soldiers stationed in Bitola and asked by the Turkish pasha himself (the enemy!), she allegedly performed a play for the citizens of Bitola. So far, this legend has not been proved by theatrographic facts.

The second phase of the institutional and professional development of the theatrical activity in Bitola dates from 1918 to 1926/1929, when the Serbian City Theatre functioned again with a continuous success. At the site of the ruined and burnt Turkish theatre, a new building rose in 1926. In the period of 1926 to 1929, the theatre, insufficiently subvented by the state on regular bases, functioned as an organizational part of the Skopje theatre until it come to a close. 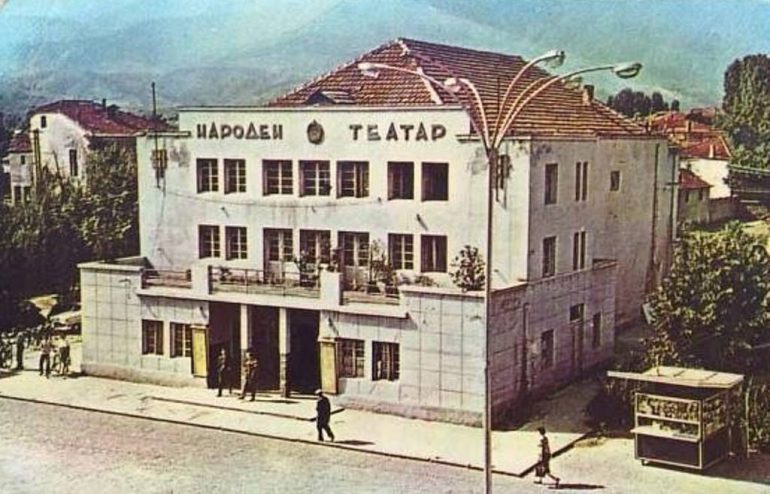 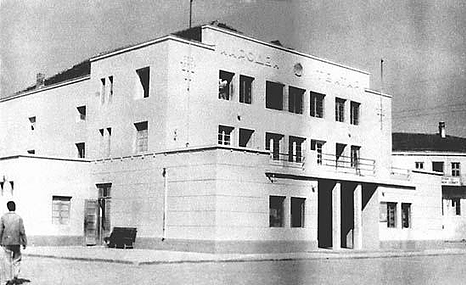 By the beginning of world War II, there were several active theatre ensembles in Bitola, performing their plays in Serbian language and the Serbian National Theatre “King Alexander I” paid constant visits with almost all its plays. The theatrical life in Bitola has started flourishing since then.

The Bulgarian theatre in Bitola was permanently active during the period of World War II (at the beginning as a semiprofessional and from 1943 as a professional theatre). At the same period of time, there were several amateur and semiprofessional ensembles, organized in the schools. Once the city of Bitola was freed, the theatre activity started to intensify. The professional theatre officially started working at the 14th November 1944, with the performance of the one-act play “Five-named Gjore” by Vlado Maleski. This date is considered to be the founding day of the National Theatre of Bitola. The founding members of the National Theatre if Bitola are: Jorgo Caca, manager of the group, Vera Vuchkova, Dimche and Aco Stefanovski, Meri Boshkova, Simo Georgievski, Slavche Matevski, Georgi Karev and Jovan Bejko. The first director is Aki Pavlovski (1945). Since 1980, the theatre has functioned in a new, significantly functional building, enabling the best technological working conditions.

From the period of 1945 to 2001, the National Theatre of Bitola has performed over 350 premieres and over 7000 performances. Today, this theatre is undoubtedly the most successful theatre in Macedonia, affirmed and respected not only in the Balkan region but farther more.